The game is officially sanctioned by the Federation International Automobile for online tournaments and global competitions. So it’s all very high class when it comes to online rankings and recognition.

The game will feature race classes such as the GT3, prototype class, rally and supercars.

And release dates could go announced without a little something-something on the pre-order side of things. That’s why Sony and Polyphony announced that there are three pre-order bonuses available for Gran Turismo Sport, as outlined over on the PlayStation Blog, including the car featured in the main image above, the Ford Mustang Group B Rally Car.

The other two vehicles that are part of the pre-order campaign includes the Toyota FT-1 Vision GT Group 3 and the Peugeot 908 HDi FAP LMP1. 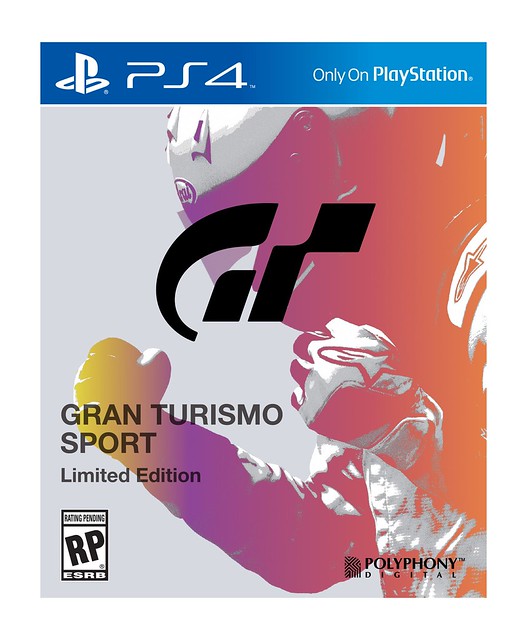 As is typical with most other limited edition and pre-order bonuses exclusive to retailers, if you order the game from GameStop you early access bonus cars, including the Chevy Corvette Group 3 car and the Nismo GT-R GT3 N24. If you pre-order the game from the PlayStation store you get Gran Turismo themed PS4 avatars, a dynamic theme and $500,000 of in-game credits, which will actually take you pretty far in the game. If you pre-order from Amazon you just get $500,000 credits. I’m pretty sure a lot people are holding up middle-fingers to the screen regarding the retailer exclusive pre-order bonuses and I can’t blame them anymore than you can blame a dog for licking its butt.

Beyond that there’s also the GT Sport Limited Edition for $69.99 and a special Collector’s Edition at $129.99, which comes with a GT Sport starter pack containing eight cars, including instant access to GT4 and special rally cars; $1 million in in-game credits; a special livery sticker pack, because Gran Turismo is finally letting gamers customize the liveries! 30 PS4 Gran Turismo Sport avatars; a racing helmet and a limited edition steel book and packaging.

Not much else was revealed about the game other than that it’s yet another entry in the long running franchise. Thankfully they decided to take some time off after Gran Turismo 6 and get their bearings right again before diving back into the series. Hopefully this turns out a lot better than Evolution Studios’ troubled yet highly anticipated DriveClub.